File format OBK
While creating a file backup using O&O DiskImage, the files and folder are compressed and stored as OBK file (*.obk). An advantage of the OBK files are that you can also use and extract the data with a decompression program like WinZip. You don't necessarily need O&O DiskImage to extract these files. Encrypted file backups are the exception. They can only be processed with O&O DiskImage. 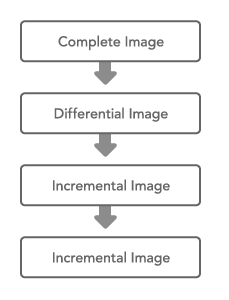