If you start O&O DiskImage directly from bootable disks such as CD, DVD or a USB stick, you will have access to all available functions .

The bootable disk contains Windows PE and can be used, for example, to restore an entire computer or a system partition, if an image has already been created. You can use the bootable disk with O&O DiskImage even if your Windows is incapable of booting as a result of software error. In addition to O&O DiskImage, the CD includes a number of other system recovery tools that can be used to try starting Windows without restoring from an image. More information is available in the program help of each integrated tool.

To boot from an USB stick, you normally have to change the boot sequence in the boot menu of your computer. Alternatively, you can also configure the necessary settings in BIOS. Further information can be obtained from your motherboard manufacturer.

Note: The sequence in the boot menu is normally only valid for the current computer status. This step might have to be repeated the next time your computer is booted. 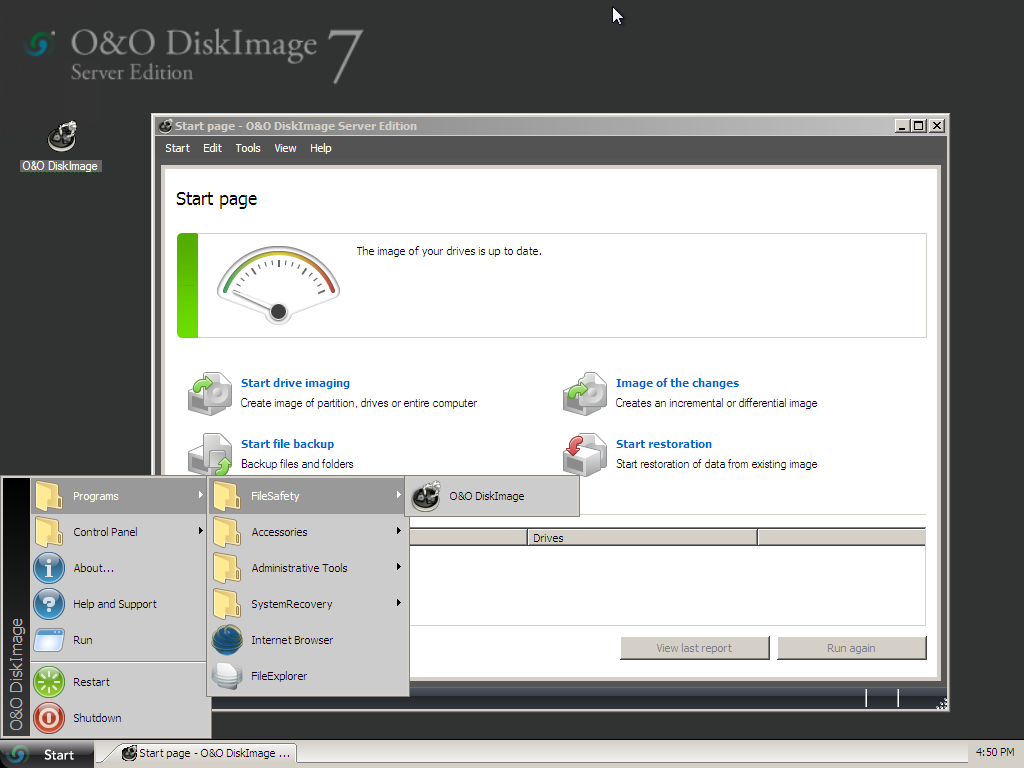 Tip: If you purchased O&O DiskImage electronically, you will find more information on the creation of bootable disk here: Create boot medium.

Note: If you want to restore on different hardware, you should also consider the notes in chapter Machine Independent Restoration (M.I.R.).

Note: The Start CD, needed for running O&O DiskImage without an operating system and for restoring system partitions, is not included n the O&O DiskImage Special Edition.